Wearables have surged in popularity, and their use in the healthcare sector has only grown following the pandemic. Research firm Gartner predicts that worldwide spending on wearable devices will amount to $81.5 billion in total this year. That’s a huge leap from the $69 billion estimate for 2020. Additionally, it was estimated that by the end of 2021, there were over 1.1 billion pieces of wearable technology in the world. This number could continue to grow in the years to come.

But as popular as wearables may be, their practical applications for tracking an individual’s health are still lacking. This is especially the case in terms of data gathering. The limitations presented by wearable technology fall not only on the device itself, but also the wearer and professionals in the field. In this article, we’ll be discussing all three.

The word “wearables” is a catch-all term for electronic devices that can be worn. As an added function, these also collect health data that can be used for medical purposes. This, however, is a gross oversimplification. And with more people making use of such devices, it’s important to create a distinction between consumer wearables and clinical wearables. Consumer wearables are made for relatively healthy individuals with only mild problems. It’s intended to maintain or encourage wellness and healthy activity, like FitBits and Apple Watches. In contrast, clinical or medical wearables are used to inform diagnoses and care decisions. Medical grade heart rate monitors, for instance, are far more accurate than the trackers in smartwatches. They are often used by patients with chronic complex diseases so that medical professionals can provide care during the acute and post-acute stages.

Lack of Data Literacy in the Medical Field

Medical professionals who lack training in the usage of clinical wearables also impede data gathering processes. Early last year, medical institutions around the world were forced to adapt to telehealth and other remote care options. Consequently, the need for healthcare workers that are data literate surged. But according to the Data Literacy Project, healthcare is the worst performing sector in terms of data, and this has caused problems since the industry’s rapid shift to the digital sphere.

Fortunately, more medical professions are adapting to the world’s technological advancements. In particular, informatics nurses are filling the need for digitally-savvy healthcare workers. Their main role is to manage clinical information so that medical institutions are efficient in its use. They can help with extracting valuable insights from a patient’s wearable data. The growing demand for informatics nurses has spurred more individuals to pursue an RN to BSN program, where telemedicine and data gathering are key parts of the course. It’s also the first step to getting more specialized skills in the field of informatics, which is becoming more and more in demand in the healthcare sector as a whole. Though developing more data literate professionals is a complex process, the proliferation of such programs is an important stepping stone to creating a healthcare workforce that is efficient in its implementation of patient data collection methods. That includes their use of clinical wearable devices.

Last comes what is likely the most frustrating factor for medical professionals: patient misuse. This is largely the reason healthcare workers are hesitant to make use of data from consumer wearables in the first place. The most common example of improper use is found in wristband-type wearables. This device works by tracking the individual’s blood flow beneath the skin layer. However, if the wristband is worn too loose or too tightly, it cannot accurately detect the user’s blood flow, leading to inaccurate readings. The need for proper education on the use of wearables is a two-way street. Both professionals and patients must be educated on the matter. Otherwise, the data is virtually unusable.

These three factors hinder wearable devices from producing accurate medical data. On a broader scale, they also prevent remote care teams from providing the best type of care to their patients. In general, remote patient monitoring comes with a wide array of limitations, such as accessibility issues and the lack of real-time monitoring. These, alongside the aforementioned data gathering issues, make the job of remote doctors and nurses all the more difficult. Though hopefully, technological advancements in the future will bring the healthcare sector closer to providing stellar remote care. 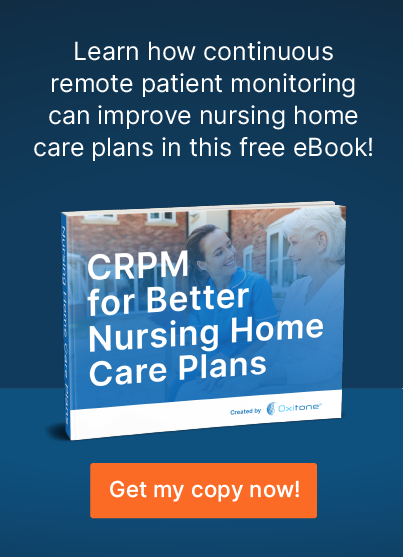